The four-metre-high Golden Leaves statue is just the first part of an ongoing tribute to Gordon Lightfoot and his legacy.

Sculptor Timothy Schmalz has committed to creating a series of individual leaves visualizing Lightfoot’s songs and placing them along the Lightfoot Trail in Orillia as well as at any pertinent locations in the songs.

“It’s a lifetime project,” says sculptor Timothy Schmalz. “I am committed to it as long as I can sculpt.”

The second leaf was for the song Black Day in July, Lightfoot’s controversial ode about the 1967 Detroit race riots. That leaf has been installed near the Golden Leaves monument with a second cast planned for the city of Detroit.

THE WRECK OF THE EDMUND FITZGERALD 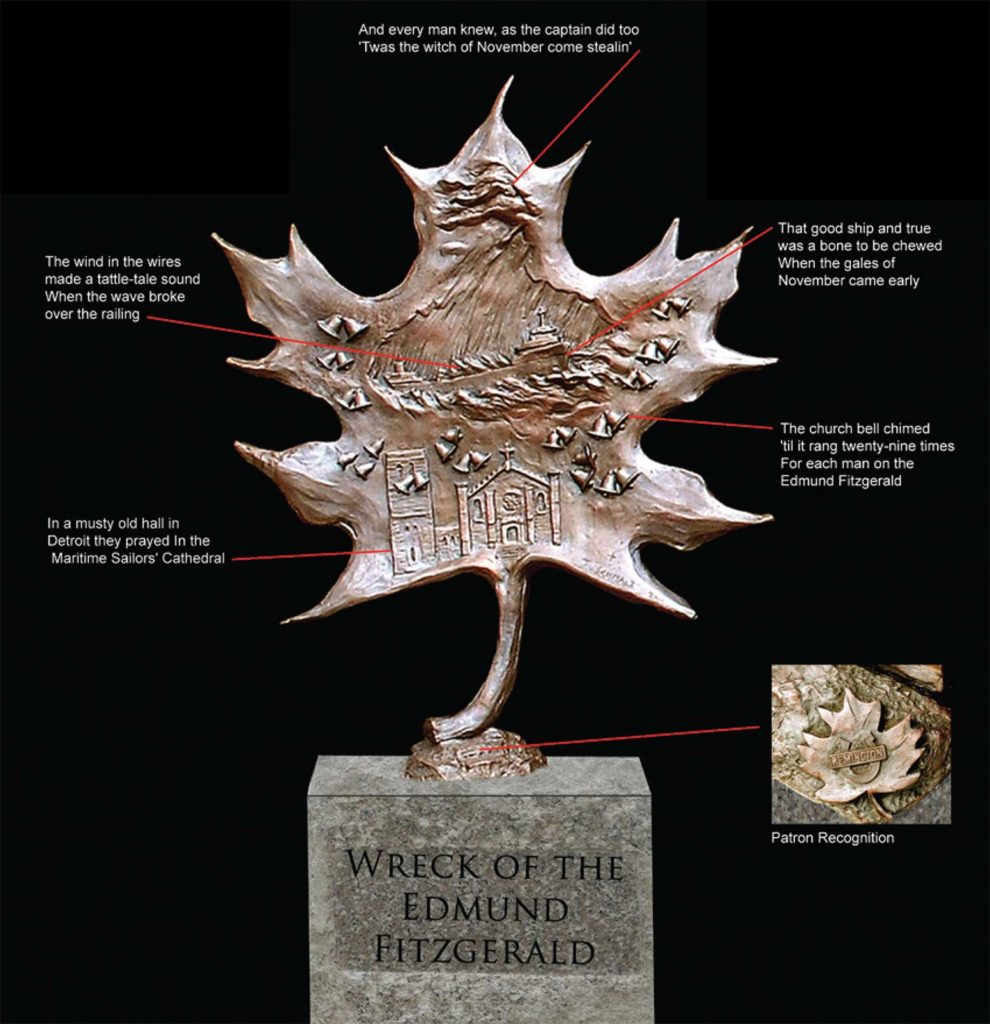 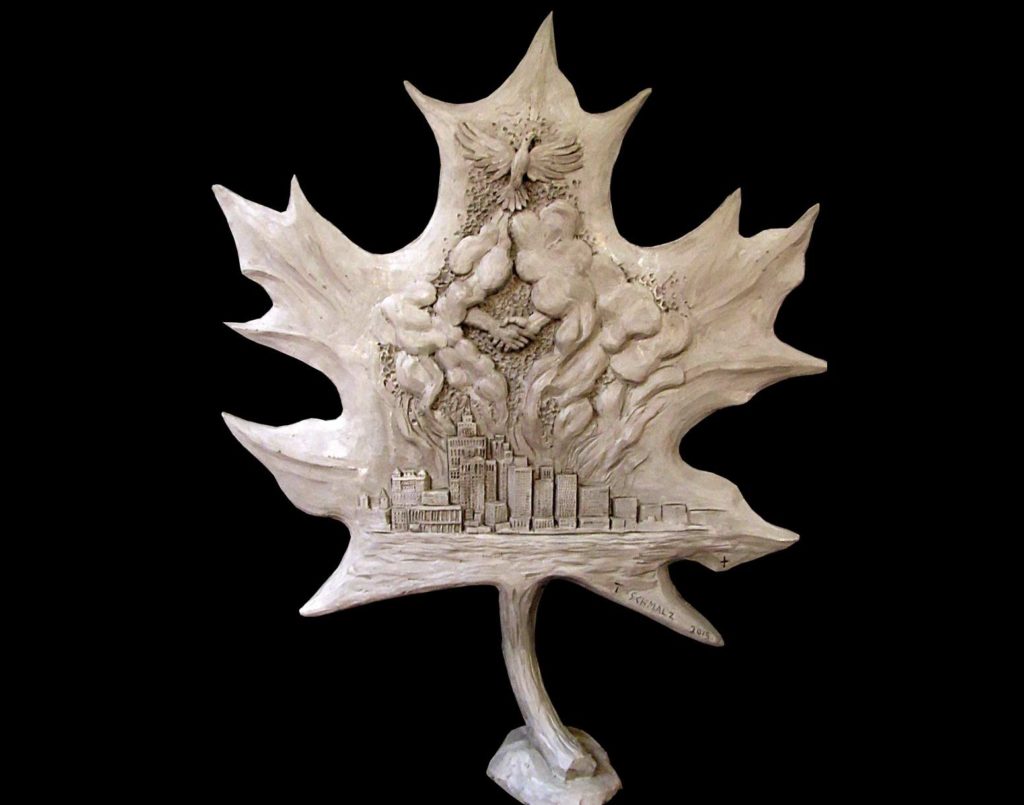